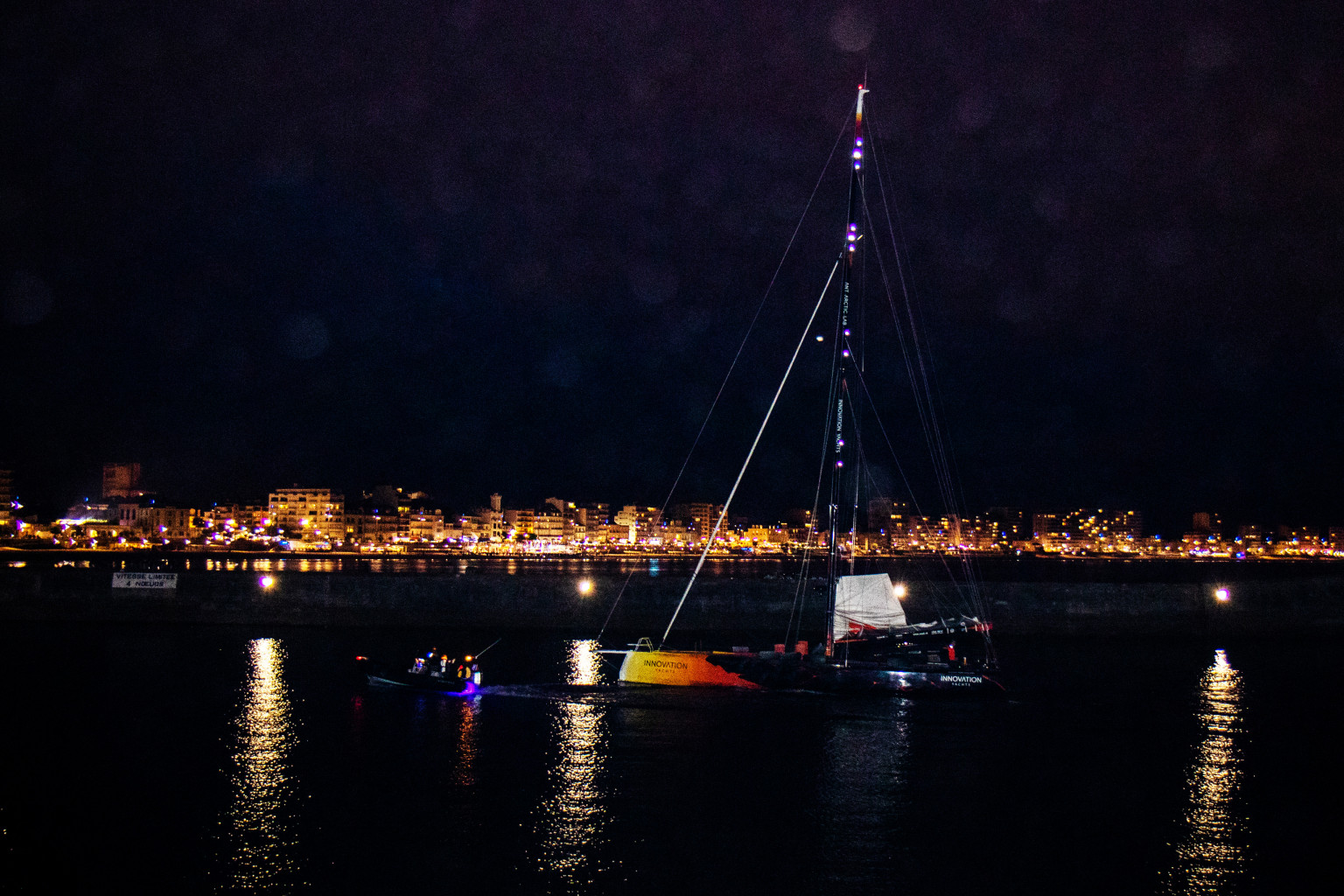 Les Sables d’Olonne, 23rd August 2022 – We sincerely apologise for the few days of silence after the return of Skipper Norbert Sedlacek Koch to Les Sables d’Olonne, France last Friday night, 19th August. Norbert and his team tried to find clear facts about the aluminium flanges on the steering system of his sailing boat, the Innovation Yachts Open60AAL, which started to crack and forced Norbert to stop his long-time dream, the ANT ARCTIC LAB world record attempt for the fourth time. It was indeed not an easy decision to make for this 2008/2009 Vendée Globe finisher.

Finally, now it looks like that the situation is a summary of small problems like microcracks and electrolyse since the second departure in 2019 when he broke the forestay in south of Ireland. As this happened, the J1 came unclear and hit the rudder blades so hard that the safety lines were broken. In this situation Norbert was able to solve the rudder problem on bord. But as he lost the J1 and parts of the rigg including one furling system, he had to sail back to Les Sables d’Olonne.

Norbert and his team have certainly checked it out specially the rudder parts very detailed before the next departure. In 2021, during the third attempt, there were no problems with mechanical parts but unfortunately some heavy electrical problems in the east of Iceland that forced Norbert to turn around.

For this fourth departure in 2022, the electrical problems were sorted out and everything on bord was working perfectly. However, in the second night at sea, Norbert had some stormy weather and the short waves in the English Channel where quite ruff. Unluckily in that night, one central rudder flange got visible cracks and started to move uncontrolled.

At this moment, when Norbert could not believe what he saw, he finally had to accept in tears that this record attempt had to end too early again. The boat was not in absolute perfect conditions to sail to the Arctic and then another 30.000 nautical miles nonstop including the Antarctic Ocean. Consequently, this challenge would not have been accomplished and in worse case the boat would have been lost.

Now what’s next!? For a second departure this year is too late because the weather window in the arctic is quite small. But of course, we will “make our homework”, order new flanges from different material and keep the IY Open60AAL in the water for a few more test trails until the end of October.

As planned, we will also present the concept of our Innovation Yachts 60Explorer in a few weeks and have the IY Open60AAL ready for journalists who want to sail with us in the bay of Les Sables d’Olonne, France. Last but not least our project for the new Innovation Yachts shipyard, where we will also produce the IY LBV35, which is the world’s first fully sustainable and recyclable serial catamaran, is in progress and we look forward to start the construction next spring.

Thank you very much for your support and interest and please, stay tuned and keep the spirit for the ANT ARCTIC LAB world record attempt as well as the Innovation Yachts future pointing yacht building concept because as we all surely know “development never stops!”.

With the best regards, 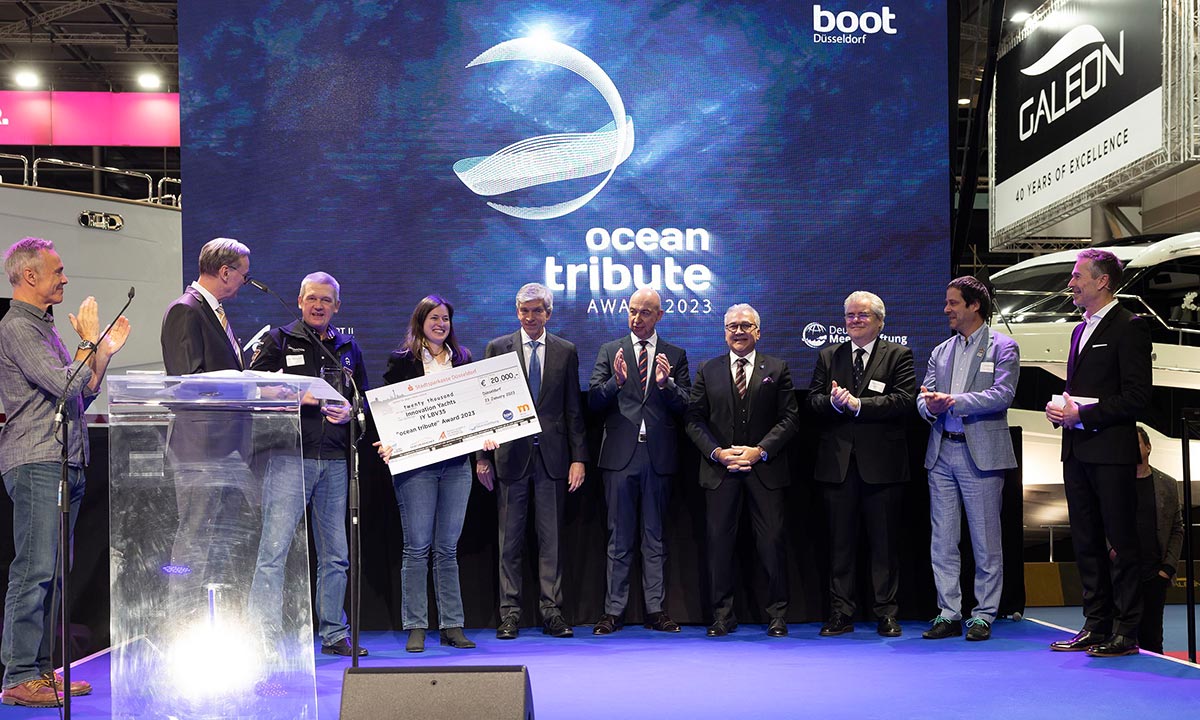 … when they called out, that the winner 🥇🎉🏆 of the Ocean Tribute Award 2023 🌊♻⛵ was Innovation Yachts 💚⛵‼ This unique award which we 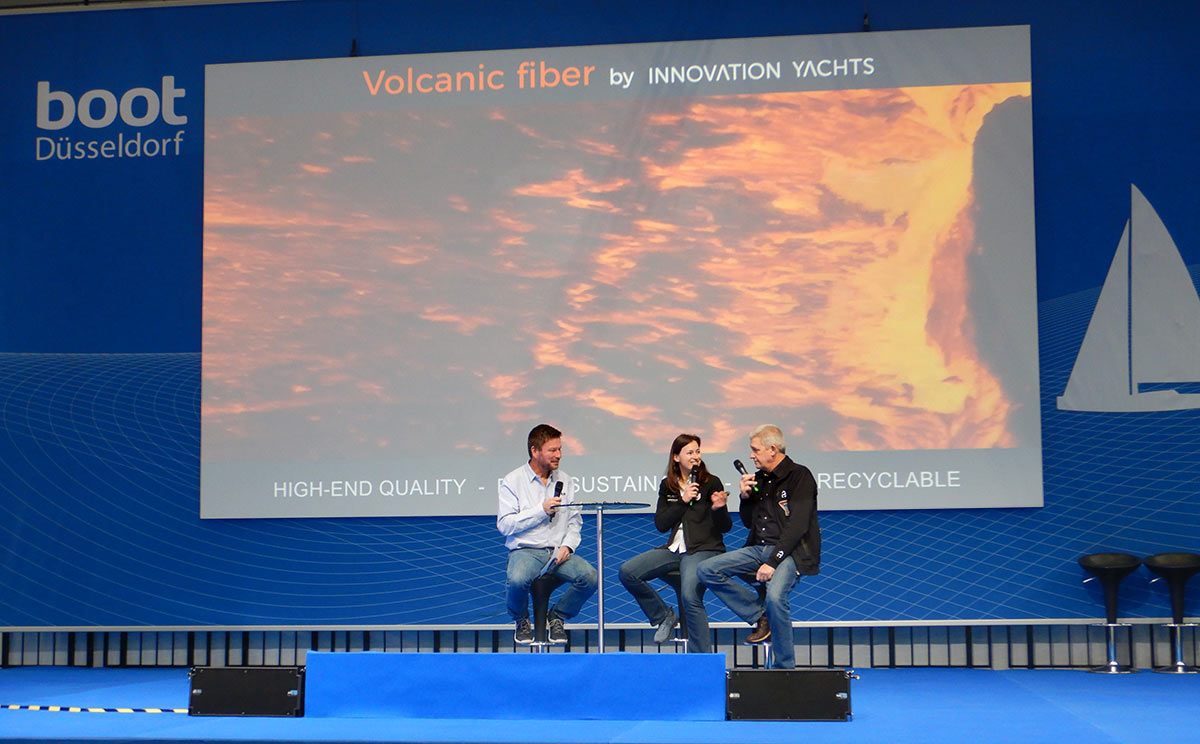 … we are finally back on stage at boot Düsseldorf 😀👍⛵. This means we can once again use the great platform of Point of Sailing 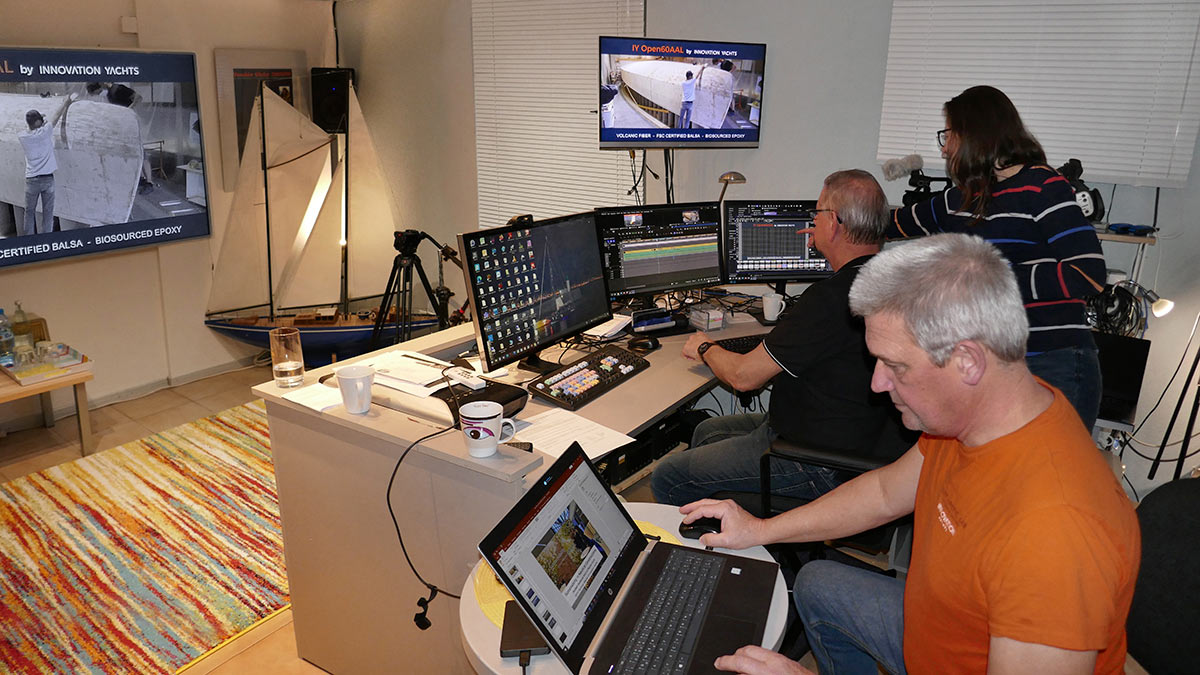 Of course, we are also…

… at the Boot Düsseldorf ⛵, but this year only from 21 – 24 January, daily on the action stage 🎙🎥 of the Sailing Center 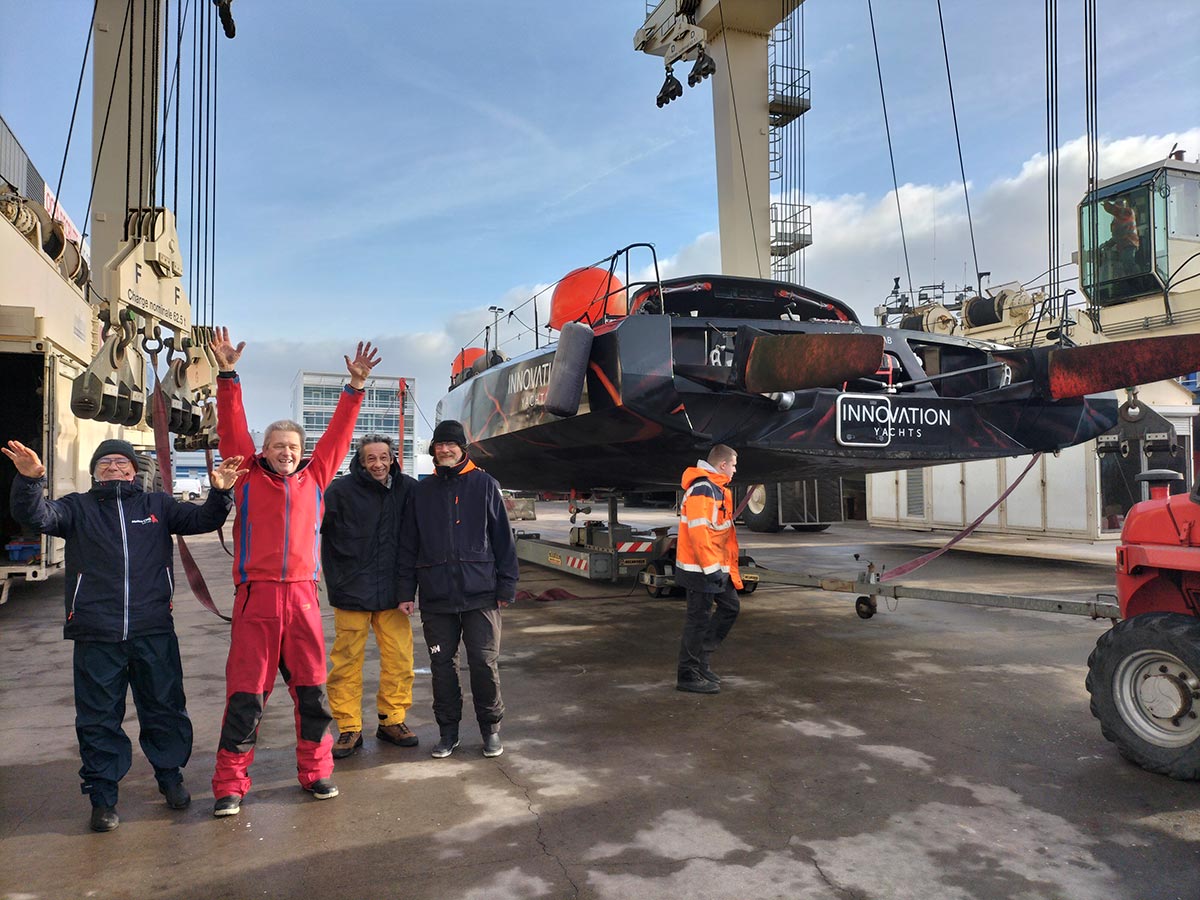 … how the craning 🏗, the dismantling of the keel and the transport worked without any problems 👌✅! Therefore, at this point again a “huge

Send Us A Message

are you looking for an exceptional boat ?
Contact us here!

Menu
Manage Cookie Consent
To provide the best experiences, we use technologies like cookies to store and/or access device information. Consenting to these technologies will allow us to process data such as browsing behavior or unique IDs on this site. Not consenting or withdrawing consent, may adversely affect certain features and functions.
Manage options Manage services Manage vendors Read more about these purposes
View preferences
{title} {title} {title}